Listening Station Eight began with an occasional newsletter focused on my thoughts and experiences with music and audio. I’m still sending them out, and this page collects each one. Click on a title to be taken to the specific newsletter. You can get the newsletter sent directly via email if you send me an email to listeningstationeight@gmail.com 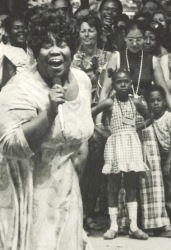 What were you listening to in 2021? As it turns out, I listened to a ton of Dub, Gospel, Blues and music from the eastern coast of Africa (e.g., Ethiopia, Somalia). In part, this is a result of way I spend my time in record stores. There is a nearly inviolate order that I follow when I’m crate digging – my (slight) ODC would not let me do otherwise. I start with Soul, move to Jamaica, then Africa, then the Blues, and if they have them, various other regions (e.g., India, Middle East). If I have time or the energy, I might half-heartedly skim through the rock and hip-hop sections. For that reason, the balance of records that I end up with is not really surprising. 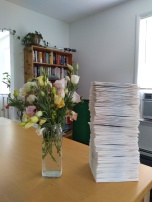 When my father got married for the second time, I was his Best Man. I was in Eighth Grade, so I think it was some kind of attempt at bonding rather than a public announcement that I was actually his sounding board and right-hand man. In addition to the strangeness of being asked to play that role, he also gave me a watch as a present. I have never been a watch-wearing kind of guy, so that was a sign that he didn’t know me very well. Then around four months after the wedding, the watch stopped working. I took that as a different type of sign. It seemed a bad omen, and sure enough, not long after, I became estranged from him for a time and he ended up getting divorced. Some years later, just prior to his third marriage, his then fiancé told me about a box of records she still had from her first husband. He was a radio DJ back in 50’s and early 60’s, and so had a ton of 45s. Whether on purpose or through apathy, she ended up with the records when they got divorced. She knew I liked music, so she wanted to pass them along to me. It was a nice gesture, but when I got the box I was thrown for a loop. They were all moldy. Another bad omen. As it came to pass, their marriage lasted less than two years.

During the mixtape era, I was fully committed to keeping up with what was coming out and sharing what I was listening to with my friends. For a few years, I maintained a bimonthly pace, typically working with 90 minute cassettes. 60 minutes seemed too limited, and 120 seemed too much. Those longer tapes also had a tendency to break. I recently digitized more than a dozen of these collections, but unfortunately I don’t have the associated playlists. They were lost to various operating system updates, and I’m slowly working my way through them in an attempt to identify what is on each one. Sometimes it is a bit embarrassing to hear what I put in a mix, but such is life. Here are my six mixes for 2020, sure to contain future embarrassments.

What Is This? The Gift of Little Mysteries (November 2020)

When I was younger (sometime during the Mesozoic Era), throwing parties meant either having your own band play, choice records on the turntable (including those people would bring to share or show off) or a tape in the deck. Nobody ever forgot to take their records home, but occasionally when cleaning up afterwards I would find stray tapes in random places. They typically would not be in a case, as they were probably just tossed aside when somebody put in a new one. I couldn’t return them – no case meant no information about who owned or created them. No case also meant I had no idea of what was on it. Whenever I finally got around to listening to them it always felt like a pleasant little mystery – “OK, cool – what is this?” 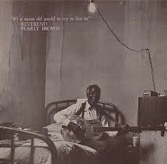 One of the pleasures of being a record and/or book collector is occasionally stepping back and taking stock of what you have in your collection. This often leads to re-arranging what is on the shelves in ways that reflect new ways of thinking and organizing ideas. For this reason, I recently decided to finally gather together all my books related to the Blues. I read the ones I had until then neglected and reviewed the ones I had previously finished. It was not a particularly large stack (especially compared to the number of Blues records that I have), but it was fun to spend time focused on reading about one genre of music. Why did I start with the Blues rather than another genre?

For a long time I have wondered about the personal histories of crossing guards. What did they do before they retired and decided to shepherd occasionally grateful pedestrians across busy intersections? This interest was piqued even further when I heard one crossing guard ask another if they had been at a certain party where a murder had taken place. The one asking had indeed been there and he was trying to jog his memory about who else might have been. How does this connect to music?

For an author whose books I have never read, William Least Heat-Moon has had a lasting influence on my ways of thinking. 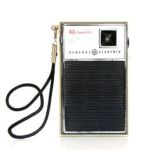 “How exactly did you find out about new music before the internet?” Thoughts on the joy of the hunt for new music, distant radio, late-night tv, and old magazines no longer with us. 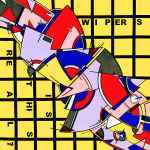 “The essential question was, in the words of Greg Sage of the Wipers, ‘Is this real?’” Thoughts on the concept of authenticity, authorship and the connection between punk and gospel.

“It is pretty hard to beat “Which Side Are You On?” – whether sung by Pete Seeger or the Dropkick Murphy’s – in terms of getting right to the point.” Thoughts on musical rivalries, real and imagined.

“Often when I am introduced to somebody and the topic of music comes up, they ask, ‘So, what kind of music do you listen to?’ I am never sure how to answer that question.” Thoughts on looking for the new and how our relationships to old songs change over the years.

“Obsessions don’t always start with an epiphany. Perhaps some of them don’t even start – they just are and always have been.” Thoughts on being a young music fan and what we never leave behind.